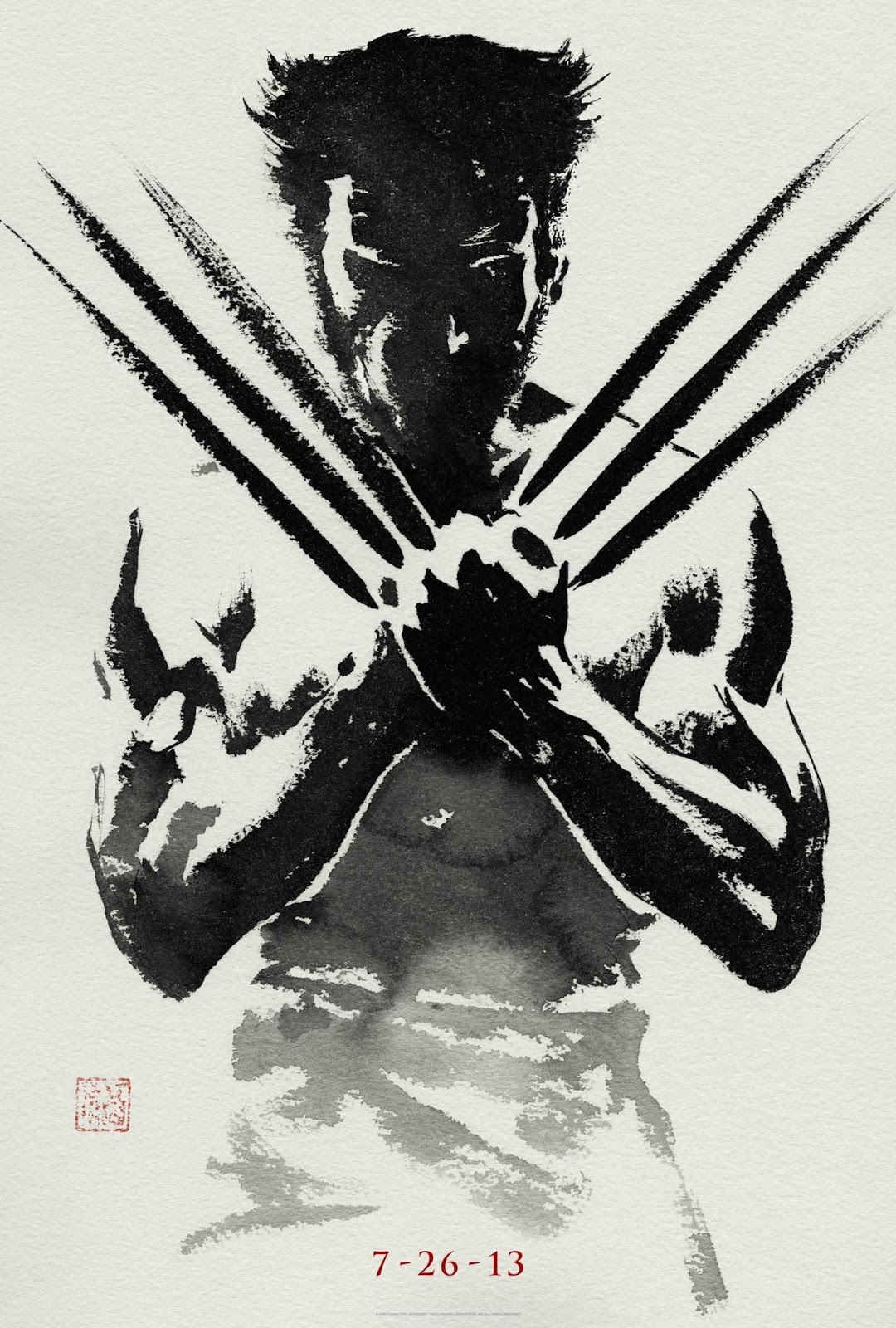 Wow.  I've found that I tend to rate movies more highly when I walk out of the theater, then with time the rating might drop when I start comparing it to other films I've seen.  What brought this up?  Well I've noticed that recently I've been giving movies perfect scores, and others in the past I don't understand how I could have rated them as high as I did.

Regardless, I think The Wolverine will withstand the test of time.  I think it's definitely in the same discussion as Man of Steel and Iron Man 3.

The Wolverine is based on one of the best storylines from the comics, and overall I enjoyed this interpretation of it.  I liked some of the changes they made to the original story, but wish they could have left or fit other parts in.

Anywhoo, I just have a few comments, though this time they have major ***SPOILERS*** so be forewarned.
.
.
.
.
.
.
.
I actually think this movie was just as good if not better than Man of Steel, but I'm trying to temper my enthusiasm; this is a movie I'm definitely buying the BD (unlike ::cough:: that other solo Wolverine movie-  ugh.)

Fortunately, I watched Man of Steel, today.  I say 'fortunately', because the cinema I normally go to for new movies isn't showing Man of Steel in 2D.  3D, yes.  IMAX, yes, and even a second type of 3D, but not 2D.  Anywhoo, I managed to find a cinema showing it in 2D, and there I went.

Man of Steel was definitely worth the time and price of the ticket.  Though once again, the movie started late.  At the 'official' movie start time, the cinema showed ten straight minutes of commercials -- not movie previews, and not the 'while you're waiting for the movie to start' fluff.  The movie previews came after the commercials.  I fear this is the new normal.

So, anyway... as I said above, Man of Steel is a good movie, perhaps even a great one.  Henry Cavill was great in his role, Amy Adams was good, as were all the other actors.  There were a couple things here and there that bothered me, but it's more nitpicking things, and occurred mostly in minor character scenes, though there was one bit I felt they could have explained more explicitly the antagonists' rationale for a human co-captive.

It's hard to compare Man of Steel with Iron Man 3 because while they're both superhero movies, they each have their own tone.  Iron Man 3 went for more laughs and silly stuff amidst the drama and action, while Man of Steel took on a more serious tone overall, the humour more subdued, or not so obviously deliberate and frequent.

Without spoiling anything, I'll just say that I liked how in Man of Steel I could recognize and sympathize with all the major characters' motivations, even that of the main antagonist, making him a slightly more tragic figure rather than a run of the mill power/money hungry cardboard villain.

I don't want to spoil anything, so I'll just make some general points:

Sardines in a Tin Can

Air Canada announced that their new discount carrier, Rouge, will start in July 2013.  Big whoo, I thought, until I came across this bit in the article:

Rouge will also try to keep costs low by squeezing up to 20 per cent more seats into its planes. "The configuration on both the 767 and the A319 will be more dense than what we have at mainline Air Canada," Smith said.

What's that... more seats!? Is it standing room only?

Now, I haven't flown via Air Canada for a long time, for reasons I won't get into here, but the last time I remember the seating being more than somewhat scrunchy.  I shudder how to think they plan on stuffing 20% more passengers/seats on international flights to Europe and the Caribbean.
Posted by r32argent at 11:45 No comments:

My printer (Brother HL-5370DW) has been giving me headaches for the past year.  I thought the issue had been solved (see previous post), but inevitably it was only temporary, and the printer would without fail return to being 'offline'.  Ugh.

I think, now, though, I finally managed to discover the root of the problem, and hopefully (knock on wood), my printer will be headache free.  This post is primarily to put in one place the information I used so that should this irritating printer failure occur again I won't have to waste my time searching the internet once more.

Anywhoo,  I think the issue is that my computer was giving the printer a new IP address with every boot-up.  Why it started doing this a year ago when previously it hadn't still remains a mystery.  I blame a Windows update somewhere along the line.

Whew.  All done.  Verify printer works, and uninstall old  printer.  Put hands together, close eyes, and, were I the praying sort, pray I never have to do this again.

Oh yeah.  Print out whatever I need to print before restarting computer.  Just in case.

While browsing at a local bookstore, I was pleasantly surprised to discover that a book scheduled for release in a couple days (according to multiple online stores) was already on the shelf.  I promptly grabbed a pristine copy and went to the check-out.  After the customary greetings, I asked:

"Are prices here the same as on your website?"

The obvious disappointment and sheer... depression (?) in response to my query made me pause.

I smiled in thanks and returned the book to the shelf, but wow... awkward.  Their reaction made we wonder if I'd committed a social faux pas of some sort.

Sure, I suppose online book sales cut in to bookstore sales/margins, but this was their own company's website.  Heck, I just went online, ordered the book, and am having it delivered to that very same store for free shipping... oops.

I hope they don't recognize me when I pick it up.

On this Day: Twenty Minutes on the Road

Miscellaneous observations during 15-20 minutes on the road in the Land of Tim Hortons: